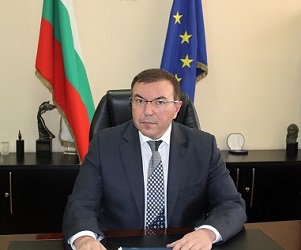 Prof. Dr. Angelov is a graduate of the Medical University in Sofia, with Master’s degrees in Medicine, as well as in Public Health and Health Management. In 2010 he acquired specialty in Surgery and has since then expanded his expertise with a number of post-graduate courses such as surgical oncology, hepatobiliary and pancreatic surgery, and others.

In 2015 he obtained a Master's degree in Finance from the University of National and World Economy in Sofia.

Prof. Angelov started his professional career in 2004 as a medical doctor at the Emergency Department - Shock Hall at the Center for Emergency Medicine - Sofia district at the University Hospital "St. Anna", Sofia. Since 2006 he has been active as a surgeon at the Clinic of Surgery, University Hospital "Alexandrovska"- Sofia.

In the period 2008 - 2011 he was Chief Administrative Physician of the Clinic of Surgery at the University Hospital “Alexandrovska” Sofia. From 2006 to 2011 Prof. Angelov was also the Head of the academic activities at the Department of Surgery of the Medical University, Sofia.

Since 2013 Prof. Angelov has been the Executive director of the University Hospital “Alexandrovska” in Sofia.

He has a number of publications in Bulgarian and international journals, referenced and indexed in world-famous databases with scientific information. He received the award for "Best Tutor” for students in Medicine in 2012. In 2015 he was awarded the prize "Prof. Dr. Parashkev Stoyanov" for high achievements in the field of medical science and teaching.