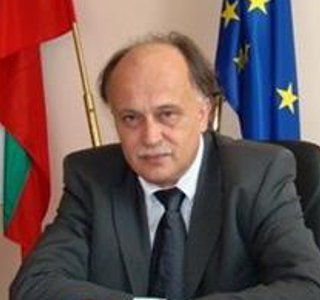 He graduated from the Medical Academy in Sofia in 1980.

In 1988 acquired degree Internal Diseases. In 1992 took a course on Planning and Management, Human Resources Management, Hospitals - Objectives and Strategies in Paris, France.

In 1997 acquired a degree Social Medicine, Public Health and Health Management and a degree Hospital Management from the same year.

From 1980 to 1981 was doctor, head of emergency medical care in Botevgrad Regional Hospital.

From 1981 to 1992 was chief assistant at the Research Institute of Pulmonary Diseases.

In the period 1992 - 1993 was medical manager of University Hospital for Pulmonary Diseases.

From 1994 to 1999 was appointed Head of Department International Cooperation at the Ministry of Health.

From 2002 to 2009 was director of the International Institute of Healthcare and Health Insurance.

From 2009 to 2012 worked as chief expert engaged in the development and implementation of programmes and projects in the field of information technology in healthcare at the NCHI (currently NCOHA).

From July 2012 to June 2013 was manager of Multi-profiled Hospital for Active Treatment Sofiamed Ltd.

From June 2013 to August 2014 was Deputy Minister of Health. She occupied the same position in the period from November 2015 to January 2017.

On 10 November 2017 by order of Prime Minister Boyko Borisov was appointed for the third time Deputy Minister of Health.