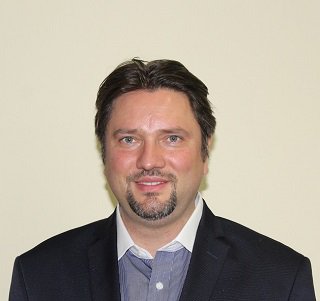 He graduated from the Faculty of Pharmacy of MU - Sofia in 2002, with a professional qualification “Master of Pharmacy”.

In 2005 he graduated with a Master's degree in Health Policy and Health Management. Since 2006 he has acquired a specialty in “Organization and Economics of Distribution and Pharmacy Practice”. In 2009 he received a diploma in “Clinical Pharmacy”.

In 2014 he obtained a scientific and educational degree “Doctor of Medicine” with a scientific specialty “Social Medicine and Organization of Health and Pharmacy”.

From December 2002 to 2004 he worked as a master pharmacist in a pharmacy.

During the period 2004 - 2006 he was the Executive Director of a company engaged in the health and pharmaceutical sector. Until January 2014, he held successively the positions of Master Pharmacist, Manager and Owner of a Retail Company for Medicinal Products, etc.

From 2007 to 2015 he taught successively as an assistant, senior assistant and chief assistant at the Faculty of Pharmacy of MU-Sofia. Since September 2010 he has been a part-time lecturer at MU-Pleven.

In the period from 2014 to 2016 he was Head of the Pharmacies and Medicines Department of the Sofia Health Insurance Fund.

Since 2015 he is an Associate Professor and teaches at the Faculty of Pharmacy of MU - Varna.

Since January 2016, he has been the head of the Health Technology Assessment Department at the National Center for Public Health and Analysis.

On November 20th, 2020, by Order of the Prime Minister Boyko Borissov, he was appointed Deputy Minister of Health.