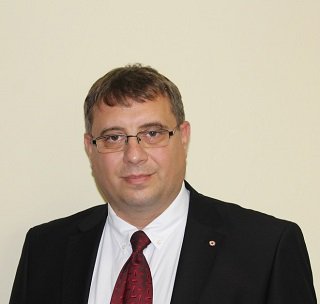 In 2001 graduated from the University of Mining and Geology, city of Sofia, with professional qualification of Master, programme "Electrical Engineer - Electrification of Manufacturing".

In 2019 graduated from the Medical University - Sofia with professional qualification of Master of Occupational Medicine and Working Capacity.

From 2001 to 2004 was occupying the position of "Chief Expert" in the Ministry of Education and Science preparing normative documents in the field of higher education and supervising their implementation.

In 2004 was appointed as Chief Expert on Youth Activities at the Sofia Branch of the Bulgarian Red Cross. Responsible for the organisational activities of the youth activities and organising and conducting first aid training.

From March to June 2010 was Deputy Director, and subsequently Director, of the Sofia Brach of the Bulgarian Red Cross, responsible for the activities of the organisation in Sofia.

From 2010 to 2016 was the head of the Occupational Medicine Office of the Bulgarian Red Cross.

From 2016 to 2017 worked consecutively at the University General Hospital for Active Treatment "Alexandrovska" and Home for the Elderly and Day Care Centre "Alexandrovska".

Within the period June 2017 - June 2018 was an expert at the Confederation of Independent Trade Unions of Bulgaria. Under a project for health and safety at work, has conducted training courses in the fields of first aid, electrical safety, fire safety, disaster response, etc.

From 2017 to November 2020 was the manager of a private company providing training courses in the fields of first aid, disaster response, fire safety, road safety, and search and rescue activities.

On 20 November 2020, by order of the Prime Minister Boyko Borissov, was appointed as Deputy Minister of Health.